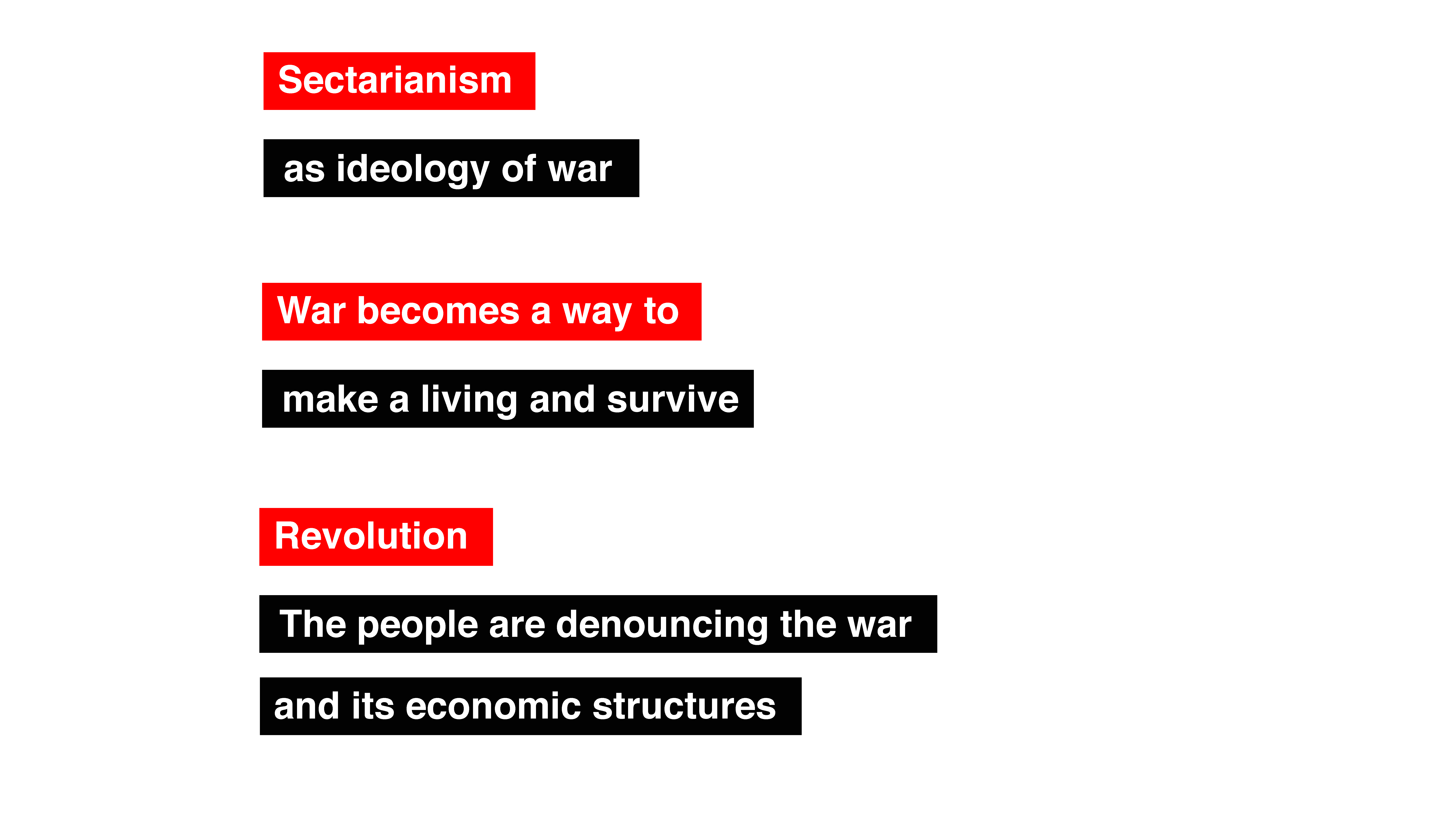 In the third video, Schluwa Sama points to Iraq’s post-2003 economy as an economy that is tied to the global capitalist market’s need for oil. This type of economy turns war into one of the most important ways to make a living in central and southern Iraq. Pointing out how sectarianism becomes the ideology of war, Schluwa presents how two young men in Baghdad join and exit militias as they go about making a living according to their own moral standards.